The list of phenomenal John Williams scores is quite large. However, there is only one that is 100% perfection from beginning to end, and that is Hook. Perhaps this is because I grew up with this movie, or because this was one of the few things I got to conduct to in front of my stereo as a kid. But even now, I recognize that every last moment of the score is riveting, even when it’s not trying to be swashbuckling.

Just listen to this chillingly evocative cue, accompanying imagery from a ship-in-a-bottle and paintings in the Banning household (as well as sound effects to suggest the environments – sadly not on the album). Note how the swirling strings mimic the waves of the sea, and the french horn melody imbuing it with a sense of danger. The music here is the adventure theme, which shows up almost exclusively at the beginning in order to hint at the events that lay ahead. Though one could also interpret this as a secondary Captain Hook theme, as whenever it shows up there is at least the suggestion of him. But since he was such a large part of Pan’s adventures, I consider it a theme for adventures in Neverland.

It’s creative decisions like this that make the film itself exceptional even without the score, but that the score tunes into and elevates even further.

Of course, there is plenty of thematic material here. There is what I call the “whistle” theme due to the melody’s uncanny similarities to someone beckoning someone else with a whistle. This seems to represent Granny Wendy and her stories until the stories become reality, when it evolves to represent Neverland itself.

There is the fully-transformed Peter Pan theme. Peter “Banning”‘s whole arc revolves around re-discovering his childhood and thus finding the strength to face his enemies, so having a huge fanfare for when he does finally complete is arc is pretty powerful. Also notice how the “whistle” theme overlaps toward the end of the clip, this time in full force rather than a subdued hint.

Peter Remembers how to Fly

But my favorite theme is the Childhood/Memory theme. How someone can imbue a melody and harmony with so much emotion and meaning is, at the moment, still a little beyond me…but John Williams is one of the few movie/tv composers that have been able to do this consistently. This melody conveys to me, all at once, the nostalgia and (at times) wistfulness of looking back on your childhood and trying to experience that innocence and carefree time again…and also the warmth of actually having found it again, if only for a short time.

In fact, my favorite iteration of this is when Peter sees Neverland from the Lost Boy’s tree for the first time. It swells, indicating that it’s all coming back to him…but he slips and falls, and the score follows suit, slipping away with descending tremolos and riffs. Of course this is accompanying his physical predicament, but it’s also very symbolic of the tenuous grasp of things past similarly slipping away from him. The horn reaches out and tries to find the melody again a couple of times, but in vain. This is the kind of scoring that imbues so much more meaning into the movie. 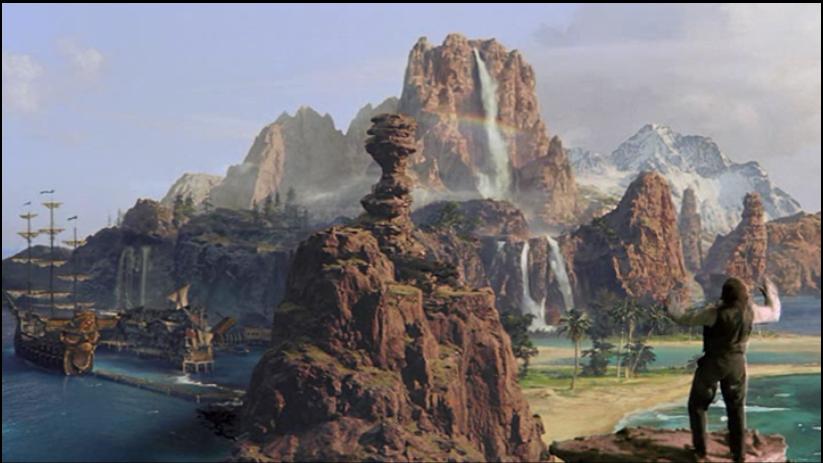 From Mermaids to Lost Boys

Of course there is one for Hook and Mr. Smee. It’s perfect for the scheming villain and his quirky sidekick.

There is a gorgeous, sugar-plum-esque Celeste theme for Tinker Bell

The Lost Boys theme, another one of my favorites

And finally, we have the Family Theme, which comes to represent family unity that is so lacking until the end of the picture.

There’s also a theme that starts out as a lullaby Maggie sings to herself in lieu of having one of her parents around. It thus evolves into score, representing Pan’s kids and their attempts to cope with the situation (as well as the strength they draw from thoughts of home, which becomes tenuous at times).

Want some good old-fashioned swashbuckling? Of course that’s in here! After Peter’s transformation, there are minutes upon minutes of glorious action cues, intertwined with many of the themes that have been introduced so far.

But even with every minute of the score being pure gold, there is one scene that stands out the most. I can never watch this scene without tears of joy. It is a lost boy trying to find the little boy hidden away for so long inside a grown-up, accompanied by an utterly stunning flute solo.

I am consistently amazed at how underrated this movie (and score) is. But then, art is awfully subjective. So I submit to you that while this is “arguably” John William’s best score, in my mind there is no argument. Not even Star Wars has quite as many bragging rights. Those scores are masterpieces as well, but they lack the profundity of this one along with the swashbuckling good time.

I’ll start raving about other composers here shortly, but I recently purchased the OST for this one and listened to it again. Just like the journey of the protagonist, I found myself instantly nostalgic of my own youth, when this movie was a staple of my movie-watching experience. It’s the mark of an exceptional score when it has that instant effect on you.